“Go ahead, make my day,” was a favorite line of actor Clint Eastwood, who also served as mayor of Carmel-by-the-Sea, a California beach town south of San Francisco. But the phrase gains new meaning with present Carmel mayor Sue McCloud, who invites you to visit the picturesque town’s beach with your dog.

“Carmel is dog heaven on Earth,” she says, after walking her own Dandie Dinmont Terrier on Carmel’s beach bluff pathway. “Our beach is off-leash, and nearly everything here is canine-oriented,” she says, mentioning the water bowls, treats, restaurants, inns, and more throughout Carmel that are all geared toward dogs.

Carmel’s beach is just one of many of the best dog beaches across the United States. You and your dog can take in the waves from coast to coast with a bit of advance planning. So load up your woody, as the Beach Boys sang, and prepare for plenty of canine beach safaris this summer.

Clues to Dog-friendly Beaches
If you and your dog pull in to an unfamiliar beach town, a few major clues can indicate whether or not the beach welcomes dogs. “In general, if a beach allows swimming, it will not allow dogs,” says Doug Gelbert, author of Doggin America’s Beaches: A Traveler’s Guide to Dog-friendly Beaches. “If a beach has lifeguards, it absolutely will not allow dogs.”

Although human swimmers and dogs generally don’t mix, Gelbert says many beaches permit dog access. The friendliest are “beaches that allow dogs in season, out of season, 24/7, 365 days a year, and dogs are allowed to run off leash,” he says. Some beaches permit dogs on leashes year-round, while others restrict dogs to certain hours or off seasons. Many New York, New Jersey and Massachusetts beaches fall into the latter category.

Three Dog-beach-paradise States
When planning a summer beach getaway with your dog, it’s hard to go wrong with these states:

North Carolina According to Gelbert, “North Carolina has the dog-friendliest beaches on the East Coast, mostly on the Cape Hatteras National Seashore.”

Best Beaches for Dog Lovers, Countrywide
Gelbert says you can enjoy a dream beach vacation with your dog at the following destinations:

Remember to Bring Water
Bringing water to a beach might seem unnecessary, but Gelbert advises it’s the most important thing you should take on your trips with your dog. “Hiking on sand is tough going and will tire a dog, and fetching sticks in the waves will get any dog thirsty,” he explains. “While drinking some salt water will be inevitable, you want to make sure your dog has fresh water.”

In Carmel, many dogs and their owners make a pilgrimage to the “Fountain of Woof” after their beach visits, according to community services assistant Cindi Lopez-Frincke. “It’s the nation’s first official doggie drinking fountain, where dogs can enjoy fresh running water,” she says. 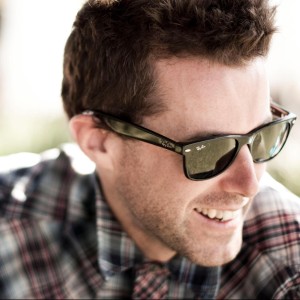 Send Your Dog to Camp

Team up With Your Dog for Flyball Fun

Take Your Dog to a Ball Game

Keep Your Dog Safe in the Snow